There’s been a few times in very recent conversation where I was telling someone about an album that I felt was unfairly dismissed at the time of it’s release. And I, in an attempt to be witty and clever, referred to it as “Pinkerton” syndrome. The reasoning being that Weezer’s “Pinkerton” is, at least in my estimation, their finest hour and at this point it’s pretty clear they won’t be able to unseat that claim. Yet it was called a lot of things back when it was released in 1996, most of them the opposite of finest hour. Rolling Stone even called it one of the worst albums of the year. Its failure all but killed Weezer’s momentum until a few years later when people started to re-visit it and realized what they had been missing (and I should point out, being behind the curve is something Rolling Stone has historically excelled at). I don’t need to tout the greatness of Pinkerton because that’s been done to the point where it may even be a surprise to some that it was a failure upon release. And here’s a few more that come to mind that weren’t very popular on release but have perhaps grown in esteem, at least for me. 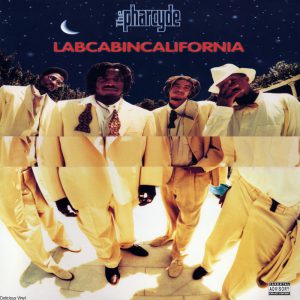 It’s not “Bizarre Ride II the Pharcyde”, their much beloved previous album. That record is a one of a kind. It had a lax, joyfully innocent vibe of talented people screwing around in the studio and at times reminded me of that old Tom and Jerry episode where Tom had a bunch of his cat buddies over and they played jazz and kept Jerry awake all night. The result was a Hip-Hop classic. “Labcabincalifornia” looses a lot of that vibe. The group was not in the same easy going head space but demonstrate great gains the in focus and songcraft. There are very few “skits” this time and more straight-ahead songs. And those songs are fantastic. This is one of the first albums that J Dilla (Jay Dee) got his mitts on and the album (and everything he ever touched) was better for it. He’s all over it (“Splatittorium”, “Somethin’ That Means Somethin’”, “Y”, “Bullshit” and both singles “Runnin’” and “Drop”). It’s a darker, more mature album but that’s not a bad thing. Adversity often makes better art. Success has left these guys with some bumps and bruises. The theme of the joys of creating gave way to the realities of the business. By many accounts, the band itself almost imploded while making this record– accounts that are easy to believe considering Fat Lip left shortly after. The innocent, uncorrupted joys of Bizarre Ride were gone. But trying to duplicate that would be false and I’d argue unsatisfying. But it’s still very much The Pharcyde, which means it’s very much it’s own thing, tough to categorize and made with love. And I think many have come around to this way of thinking in the time since. 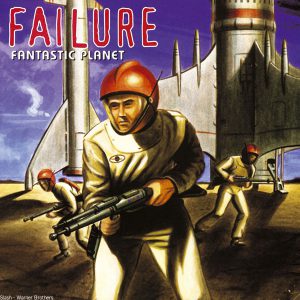 This is one of those sad cases where a band put all of their moxie into an album, knowing that it could be their last chance to reach a larger audience and then it failed anyway. I won’t make any jokes about their name, mainly because they have since come back with two of the better 90’s-Bands-Back-From-the-Dead albums of recent years, and I just have too much respect for them. By all means, this album SHOULD have put them over. Space Rock is a weird genre, in that I can’t really describe what it sounds like, but I know it when I hear it. Fantastic Planet is as good an example as you’ll find. I’ve never found their lyrics to be a strong suit, something that doesn’t change here. But this is a band that shares my affinity for dissonant chords, weird, unexpected changes and minor keys. You can hear the effort put into every aspect of this endeavor. From the songs themselves to the moody, slick-without-being-shiny production (also by the band) nothing was spared to make this album a definitive statement. Even the single, Stuck On You  with it’s sludgy, but catchy guitar racket was pitched perfectly at the kind of stuff alternative radio was eating up at the time. It just wasn’t enough, for whatever reason, and the album sank. The band saw the writing on the wall and broke up shortly after, leaving their small but loyal following cursing the success of lesser bands until the 2015 comeback. 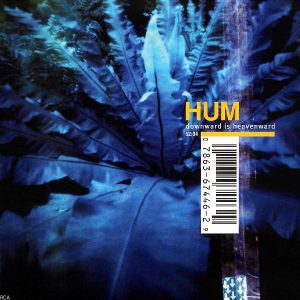 It’s likely that if you’ve heard of this band, it’s because of “Stars”; their popular single off of You’d Prefer an Astronaut from 1995 (which is also a rather wonderful album). That song was a catchy thing. It’s also about as 1995 as you can get with its loud chugging guitars and cutesy lyrics. This is another case where it felt like a band realized they have some momentum building and then pulled out all the stops for the follow up. Yet, when they put it out, it was largely dismissed. And this is a shame, as it’s one of the best rock albums of that decade. Where Astronaut now sounds very much of it’s time, this one still sounds fresh today. If you can picture in your mind a bunch of dorky looking squares turning up their amps to melt your face off, you’ll have an idea of this sounds like. It grabs you by the throat with the first track when the pretty twinkly guitar picking gives way to a full on wall of guitar roar that immediately recalled Siamese Dream on my first listen. Like that record, it’s a wall of roar that’s not at all harsh but sublime and warm. Matt Talbot, while certainly not a great singer, is a better singer than Billy Corgan and unlike Corgan, he’s often buried in the mix to some degree, so the weakness isn’t distracting. There are flights of fancy here where things dip in the prog direction, and some balladry that might be an acquired taste (Talbot has a flat voice that’s a little ill suited, but still better than when Corgan tries this sort of thing). For the most part we get a huge sounding collection of complex (in that musically impressive, weird time signatures kind of way), but catchy and accessible pop metal songs. It should have been far bigger than it was. 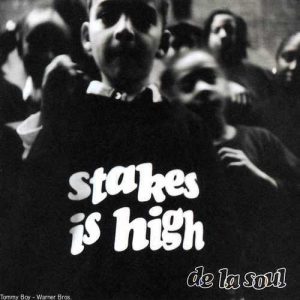 When the average person thinks of De La it’s probably 3 Feet High and Rising or De La Soul is Dead. Stakes Is High wouldn’t necessarily come to mind but I think that’s changing. It might be my favorite thing they’ve done. It marked the beginning of a new sound for them. Gone were the whimsical, upbeat, often psychedelic sounds of the first three records. A more urgent, moodier, edgier sound takes over (and a producing assist from J Dilla on the great title track. Everything he touched was gold). They weren’t screwing around here; to them, Hip-Hop’s very life was at stake. The album could’ve served as a “state of Hip-Hop 1996”, asserting that more then ever the genre had become an anonymous commodity to be sold. Even “gangsta rap” which by its nature was a music of rebellion had been reduced to a formula to be co-opted by any MC looking to make a name. So here’s some of the elder statesmen of their genre attempting to reclaim their beloved from all the leeches and wannabes. But at the time of release, no one was really interested. Maybe it was because of this new direction. Maybe it was because, as I learn from Allmusic, that this album dropped the week after Jay-Z’s Reasonable Doubt (the debut of a future Hip Hop-and-beyond legend) and the same day as Nas’ It Was Written (the follow up to what is often touted as the greatest Hip Hop album ever). Then Outkast’s ATLiens dropped a few weeks later. So Stakes Is High got little attention at the time, ironically due to two albums that turned out to be definitive statements from artists who represented the great possibilities for Hip-Hop’s future (and Nas’ It Was Written) which kind of undermined their thesis. But that thesis was enough to reinvigorate De La to make a great album. Thankfully, the reputation of De La’s fourth seems to gain in stature as the years move on.